Diehard fans of US TV show ‘Friends’ will instantly recognise the title of golden oldie episode ‘You’ve been bamboozled’. To the uninitiated, ‘bamboozled’ simply means getting fooled, cheated. In the show, Joey and Chandler are fooled by the rules of the fictitious game, but you are anything but cheated when buying a Nandina Domestica. Quite the contrary. The plant was nicknamed ‘heavenly bamboo’ especially on account of the fact that it shares its looks with this plant species. Make no mistake though, Nandina is not a member of the bamboo family. It is best described as a quite remarkable shrub that is related to the family of the pervasive barberry. 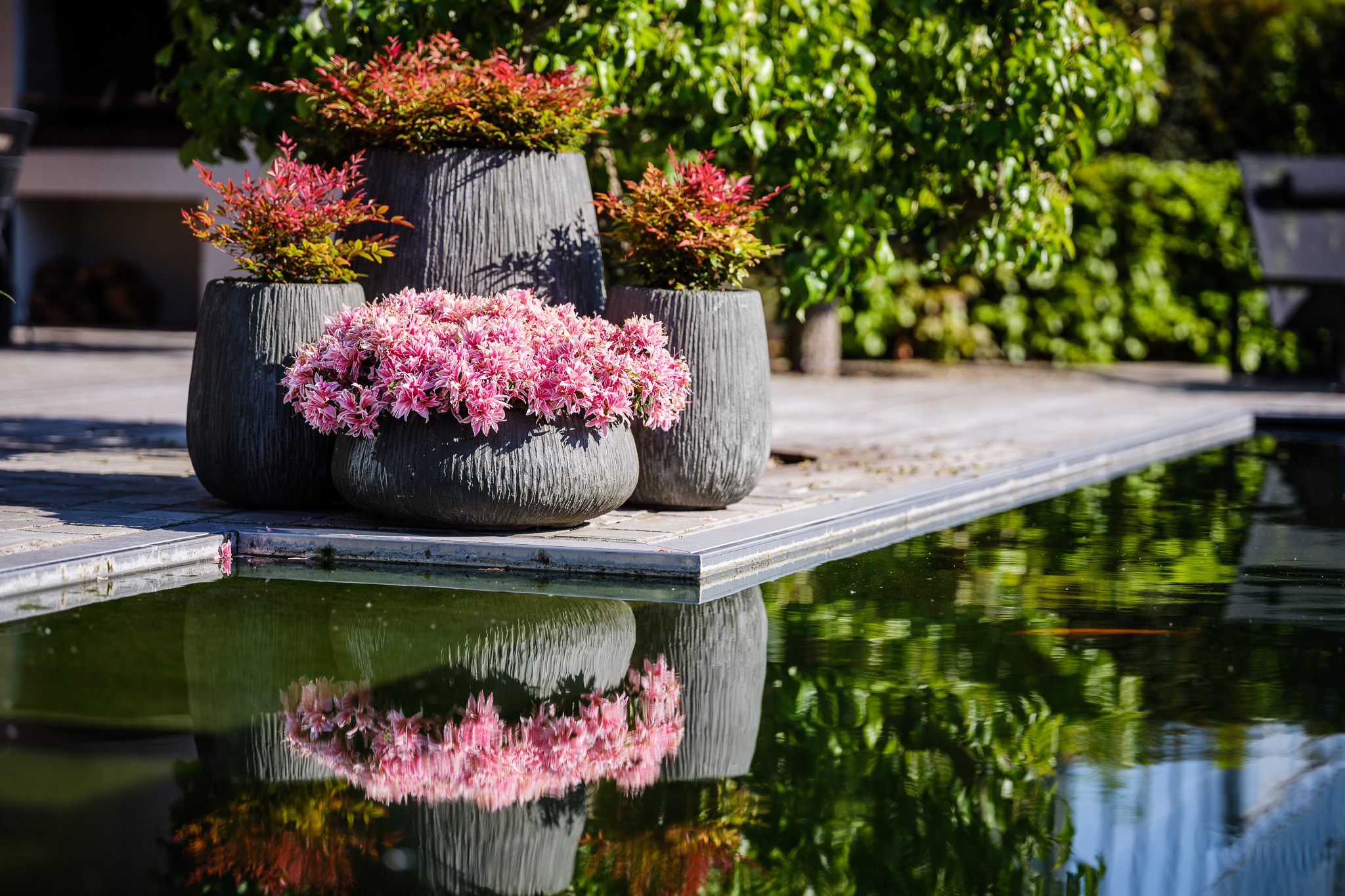 Big in Japan, yet slightly less well known in our part of the world. Nandina Domestica’s roots are in in Japan, with shoot-offs branching into Southeast Asia and the Himalayas. Legend has it that the plant was an eye-catcher in the gardens of traditional Chinese temples. On the strength of the key role it assumed in these gardens, it was elevated to divine plant status. In all sorts of roundabout ways, Nandina managed to find its way to our neck of the woods. Konnichiwa!

The One with the Red Leaf

‘The One with the Red Leaf’: it could have been the title of any episode of our favourite gang of friends. Nandina makes quite an impression with its deep red hue, ready to play a subtle leading role on your terrace, patio or garden. Nandina is also ‘Friends’ with other plants and will do perfectly well as part of a more variegated setting.

The shrub that rules

The plant is a quattro stagione, a shrub that is happy to show off its splendour for all the world to see, year in year out. With something in store for each season, the plant oozes sheer exuberance, leaving the deep green foliage somewhat bashfully behind. For no good reason actually, as leaves also grow trees. See what we did there? Nandina is a compact shrub that’s never 'on a break' and can be admired all year round. Oh ... my ... God!

And last but not least: this is to give the plant a little extra TLC or Tender Love and Care. Some sunshine, some shade, a little extra in the guise of organic fertiliser and a sandy soil, which allows for easy water run-off. Doing just fine, thank you …

Want to know more about the Nandina?
More info