Let's use the famous saying of our favorite spider friend to give this heroic plant the attention it deserves. We are talking about the 'Pink Spider®' also known as Azalea japonica Pink Spider®. It doesn't remain anonymous like the superhero who shoots spider webs and catches crooks in his webs. Pink Spider® (almost) always shows its true face. A real protagonist in your garden or living space.

A free interpretation of Spider-Man's motto 'With great beauty comes great responsibility': that should do. Because the Pink Spider® is indeed beautiful. This beauty owes its name to its shape and color. Its pink superhero costume with a white finish makes an impression that lasts and not only with its fans and supporters. Even non-plant lovers fall for the superpowers of the Pink Spider®. With its handsome appearance, the plant garners much praise and admiration.

What's behind the superhero costume?

The Pink Spider® is not hiding. But where the outside world knows the plant as the superhero, the 'insiders' know that it also goes through life as the 'Azalea japonica Pink Spider®': a unique variant of the traditional Ghent Azalea. The genetics of this plant belong to Leybaert. Not a crazy professor who created the superhero in a lab, but a plant from an innovative plant breeder from Waas who is pushing back the boundaries in time. Pink Spider® is still fairly new but is already making an impression on the international stage.

The protagonist in your garden or living space

Cartoon heroes make fantasies run wild, both for the little ones and for the now somewhat older ladies and gentlemen. In the past there were comics and cartoons, now our spider friend plays the hero in blockbusters worldwide. And the Pink Spider® has everything it takes to claim the leading role in your garden or inside, in your living space. 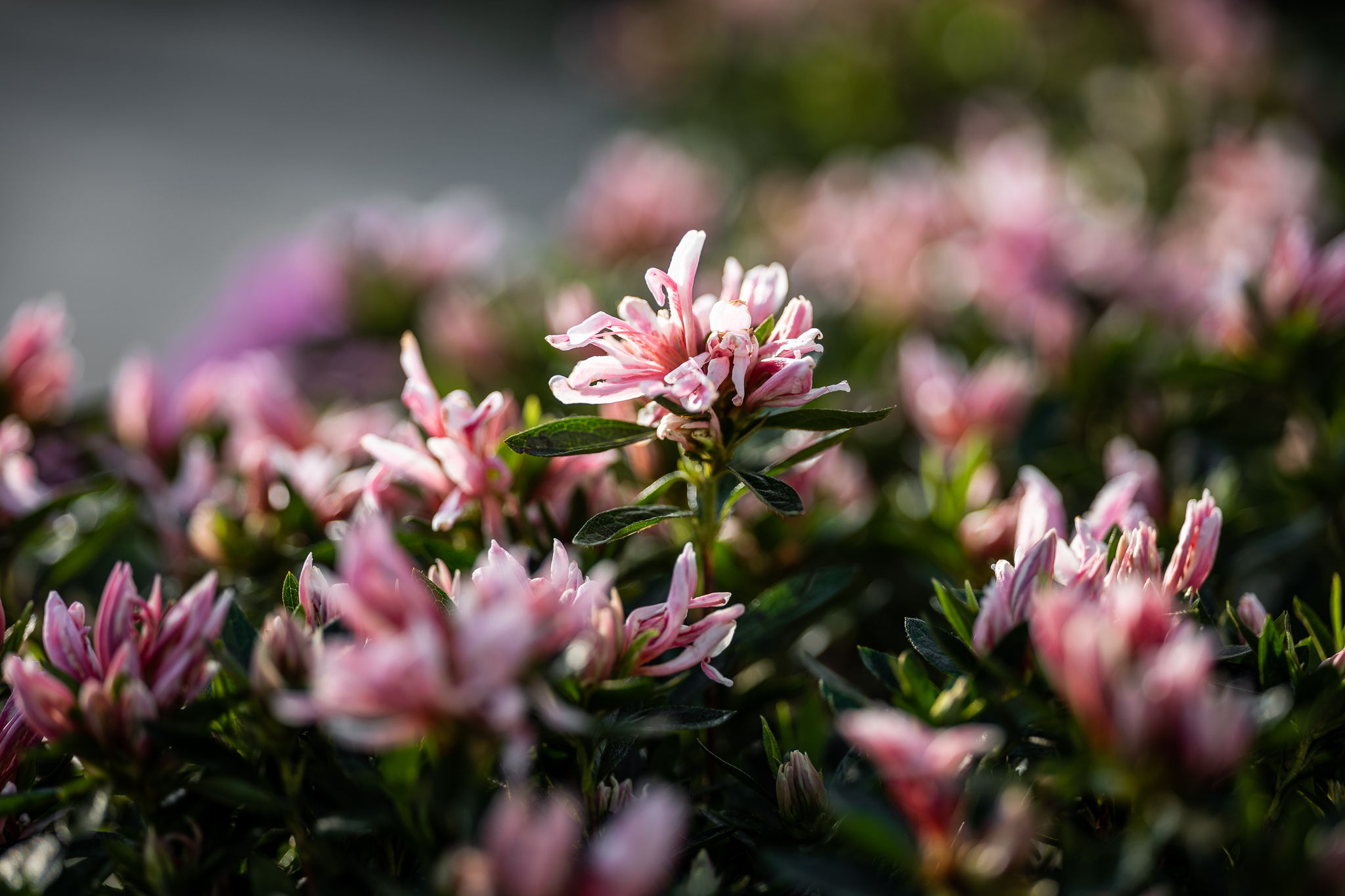 The superpowers of the Pink Spider®

A dazzling beauty with hardly any fear of extreme cold. Temperatures below zero? It doesn't bother the Pink Spider® at all. But its hardiness has its limits. Every superhero, after all, has its weaknesses. For Superman it's "Kryptonite," for Spider-Man it's ethyl chloride. Our Pink Spider®? It has a hard time with extreme freezing temperatures and excess lime from tap water. So, get the plant inside in temperatures colder than -10 °C and give it some rainwater to get back to its full strength.

Our superhero is not a made-up character ...

Unlike the fictional characters we know from comics and movies, the Pink Spider® is indeed a real superhero. Discover its superpowers for yourself and get this Belgian top product. You've got the power!

Want to know more about the Pink Spider?
More info