I bless the plants down in Africa

OK, it’s ‘I bless the rains down in Africa’, but our African lily a.k.a. lily of the Nile or Agapanthus does not need torrential rains to grow and blossom for a long period of time. A while ago, American rock band Toto’s classic hit Africa rounded the cape of one billion streams on Spotify, firmly keeping the song alive in collective memory. The song also suddenly appeared out of nowhere, entering Flemish radio station StuBru’s De Tijdloze (Timeless Tunes Hitlist). Agapanthus may have slightly fewer followers, but there is nothing to say this can’t quickly change. 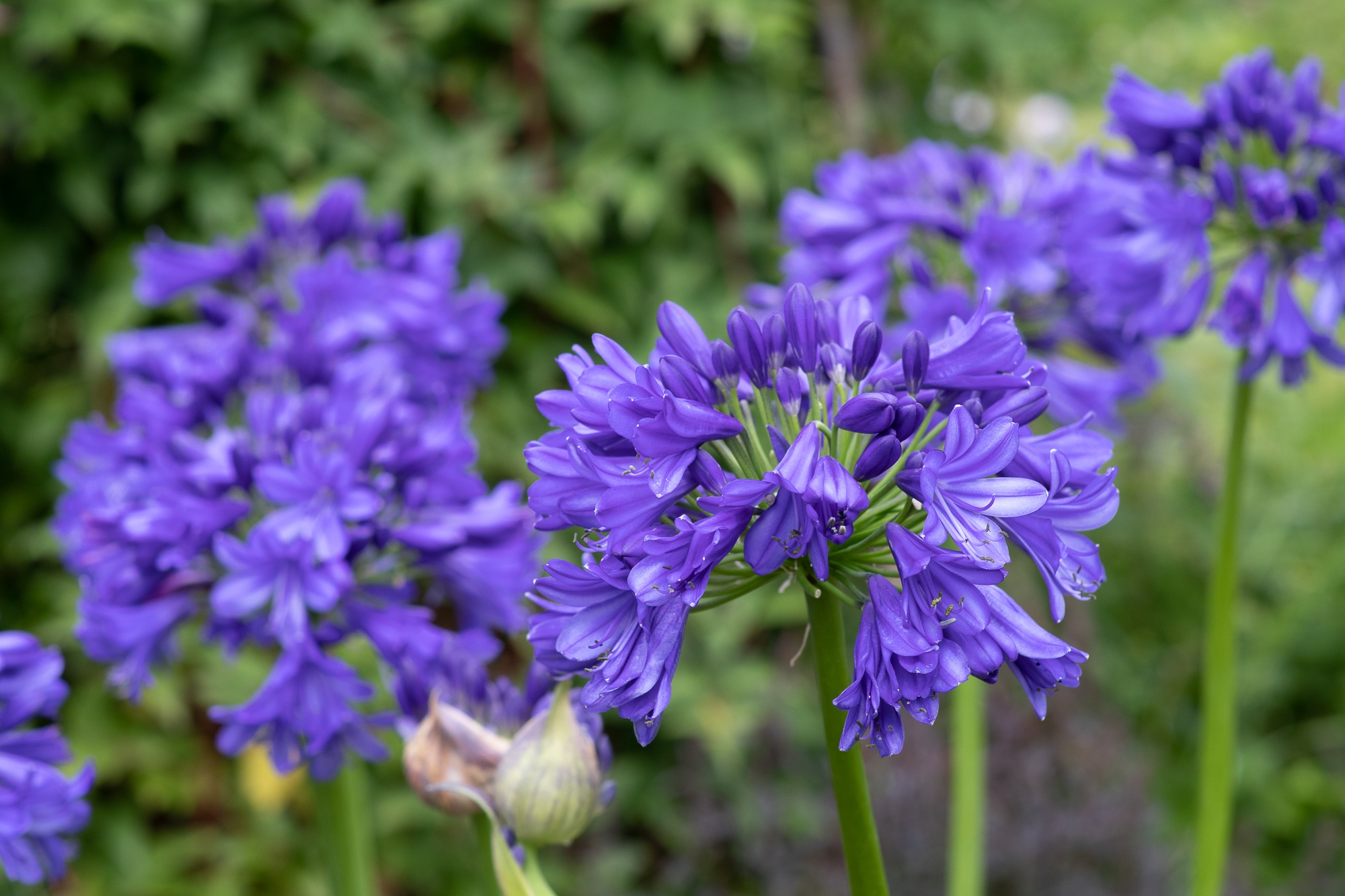 Exotic fireworks across the Serengeti

Agapanthus has its roots in South Africa. Alright, it’s a slightly misleading title, as the Serengeti is not located in South Africa at all. The infinite plains are found in the eastern part of the continent. We just thought we might be allowed to get away with some poetic licence to maintain the link with our timeless classic. The plant is happy to showboat its exotic flowers and compact flower clusters and is available in several variants. Alongside the Fireworks, an award-winning bicoloured plant that is awash with colours, other variants to choose from include Blue Thunder, Ever Sapphire, Ever White and Poppin’ Purple. Impressive names for equally majestic natural beauty.

In Suid-Afrikaans (the South African language), ‘wegkruipplekkie’ means your hide-out, your refuge. Agapanthus does well in borders but will also thrive on your terrace. Starting in June, things get cooking, allowing you to enjoy the first flowering of this extraordinary ‘plant van de toekoms’ (plant of the future). Courtesy of its very extensive flowering period, Agapanthus is a great setting to enjoy plenty of ‘kleine geluksmomentjes’, little moments of bliss throughout the year. A riot of colours in summer, evergreen and leaf-retaining in winter. 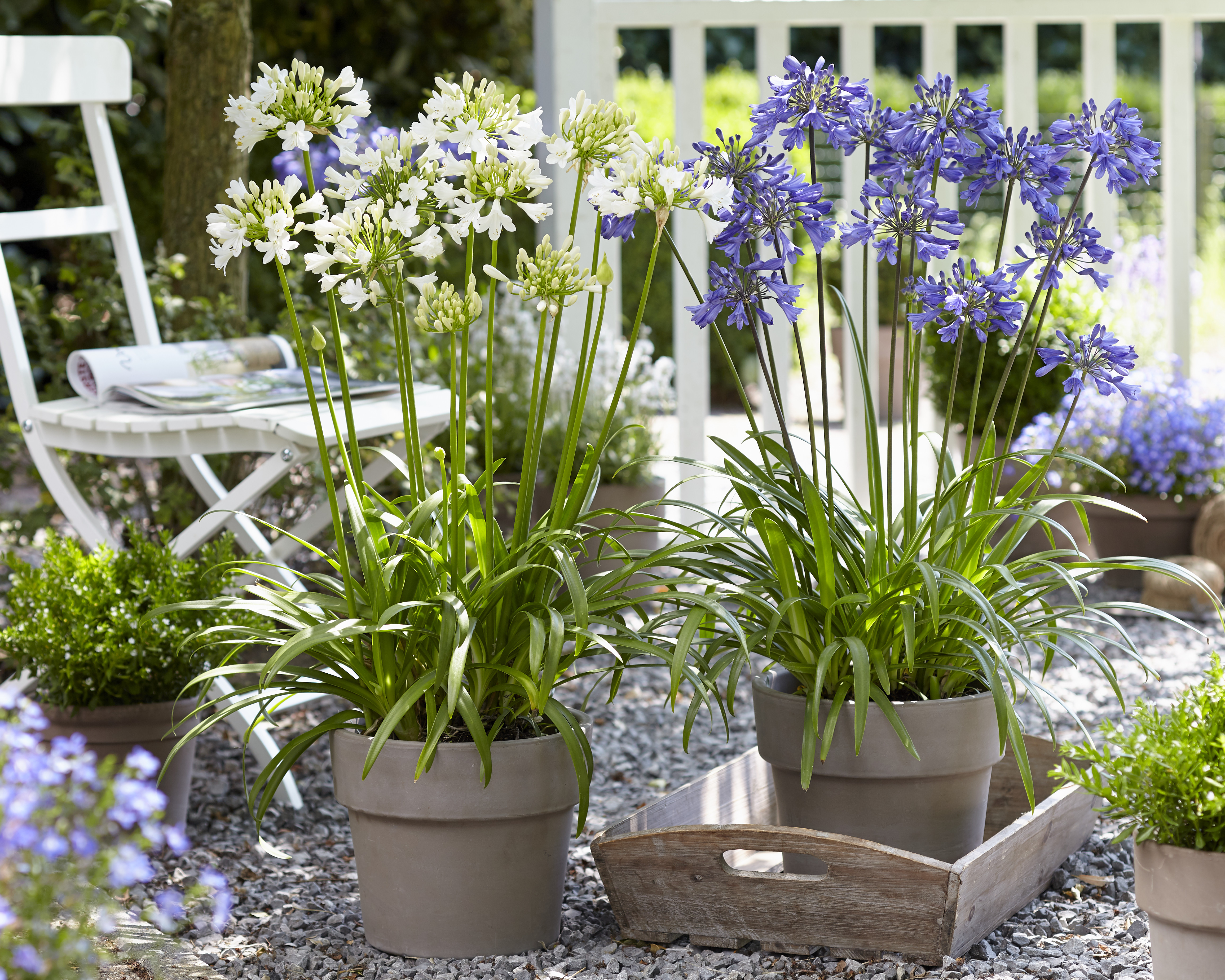 In South Africa, the African lily is synonymous with fertility. It is also known as the ‘bloem der liefde’ (flower of love). But the good thing is, Agapanthus is more of a giver than it is a taker. It is a true blue son worshipper that is perfectly capable of dealing with longer periods of drought. It does not demand affection, just the odd drink every now and then. Do not overdo it though as, being a typical summer’s child, it does not like things to get too wet. Winter is not its favourite season. It can take a knock or two, but who can say they do not like an extra blanket around their shoulders on a cold winter’s night? Cover up this stunner or take it indoors when the darkest time of year begins.

A banger with a huge natural appeal

Staying with the same theme to end with … Once you see the plant looking an absolute picture inside the house or on your terrace and you are marvelling at its beauty, you may well be thinking to yourself: ‘it's gonna take a lot to drag me away from you’.

Want to know more about the Agapanthus?
More info